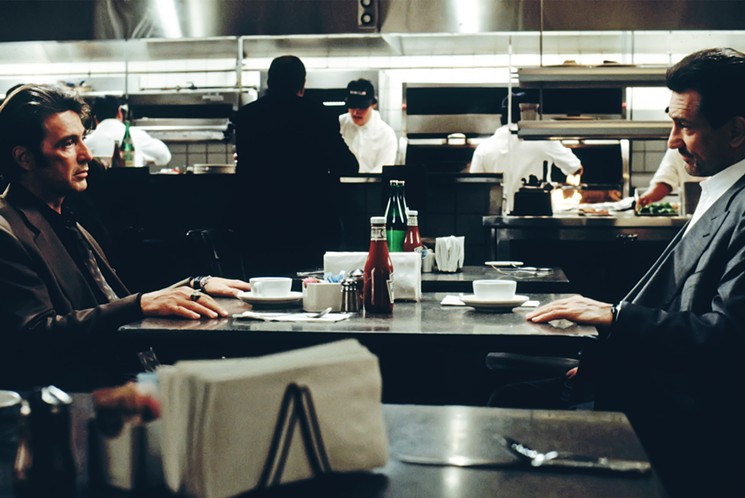 This is granddaddy of them all, and by that I mean the serious heist-drama that I had heard was one of the greatest movies of the genre.

I’m not sure what genre that is; “heist-drama” based on the previous paragraph.

I had been looking forward to the film and liked it. I had the same feeling I had after watching Ronin, that if I had seen it when it came out it would have had more of an impact.

Or if I had someone that understood all the technical aspects of the movie they could break down all the nuance and subtlety that I missed.

But it was just me, and I enjoyed the movie. The women of the film stood out, more powerfully than I expected – they were the ultimate driving force of everything and that’s not an angle I expected the film to show.

A second viewing would help me appreciate it more, that I’m sure of and I may do that one day but for now Heat seems a solid “heist-drama” that was a benchmark of the type.

Hey! While thinking about the film I read Bilge Ebiri’s Vulture article on the subject and think he may be the guy to sit down with for a second run-through. A great article about the film, check it out here.